Inverter Generators for DIY’ers and More 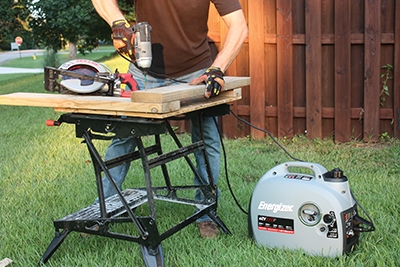 Conventional generators consist of heavy copper coils that generate a raw form of electricity. The engine must maintain a constant speed to produce AC power, regardless of the load needed, and this full-power operation consumes a lot of fuel and produces considerable noise. The electricity produced by a standard generator also isn’t as clean as utility power, so they’re not recommended to power sensitive electronics like laptops and cell phones.

Inverter generators, however, utilize a different type of alternator to generate clean AC power made possible by advanced electronic circuitry and high-tech magnets. These units generally have 3-phase generators that output AC current like traditional generators, but that current is then converted to DC, and then “inverted” back to clean AC power that maintains a single phase, pure sine wave at the required voltage and frequency.

This state-of-the-art technology was very expensive several years ago, but prices have dropped significantly on small recreational generators, making them popular with DIY’ers, RV enthusiasts and tailgaters alike. They’re great for running tools in remote locations, powering outdoor parties, tail-gating, camping trips, and even some emergency power during a blackout.

Compact Inverter Generators. These small units produce 800 to 1,000 watts of power, which is just enough electricity to power one or two appliances simultaneously. For example, it could power a coffee pot alone (1,000 watts) or a toaster (700 watts) and crockpot (230 watts) simultaneously, because the latter two items would total only 930 watts.

Medium Inverter Generators. Sometimes, “roughing it” isn’t all it’s cracked up to be, and we want to enjoy the outdoors along with the comforts of home. This larger size inverter provides the power output to keep the television on when you run an electric fan.

Combining two inverter generators offers the ability to double power output while still maintaining clean, quiet power. If you don’t want to step up to a larger generator to get the power you need, you can invest in another inverter generator and connect them together with a set of cables for twice the power. This also keeps your power supplies nice and portable, rather than having a single large, heavy generator that’s difficult for one person to move.

Make your decision by weighing the pros and cons of your intended application. If you need a supply of electricity in a remote area where dollars matter more than decibels, a conventional unit may be the most economical choice. An inverter generator simply costs more than a conventional one with a similar power rating—that’s the price of such benefits as compact portability, fuel-efficiency, lower noise level, etc. It’s up to you whether the higher price tag is worth the extra features and benefits. 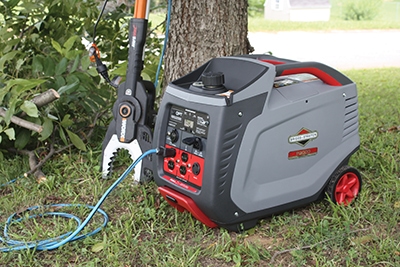 The Briggs & Stratton P3000 inverter generator offers 3000 watts of portable power to operate your RV or provide critical emergency backup power for your furnace, refrigerator, lights, and sump pump. With its back wheels, a telescoping luggage-style handle, and twin lift handles, the P3000 is easy to transport. It produces just 58 decibels, and the exclusive illuminated StatStation display helps avoid overloads by constantly monitoring the amount of power being provided. The P3000 has a dedicated USB charging outlet that frees up the P3000’s other four outlets for additional lights and appliances. The unit also features a convenient, 120-volt RV outlet and a 12-volt DC charger for charging outdoor power equipment and car batteries. Visit www.briggsandstratton.com. 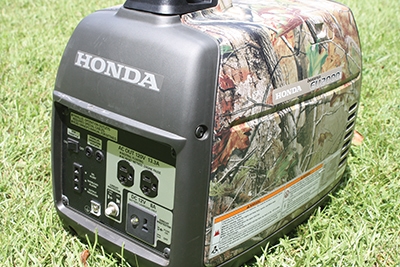 Among the units the EHT staff tested, Honda’s EU2000i inverter generator holds the title for most compact unit and quietest operation (53-58 decibels). Honda Generators are built with larger displacement motors coupled with inverter technology. The 98.5 cc Honda GX Commercial engine (which includes a three-year Commercial Warranty) powers the EU200i versus smaller imported engines (less than 80 cc) with shorter commercial warranties. Although the smaller engines claim the same rating and maximum performance, the Honda engines outperform them in similar usage conditions. The unit we tested featured RealTree APG camo exterior, and could easily be toted under an arm—great for camping and tailgating. Visit powerequipment.honda.com. 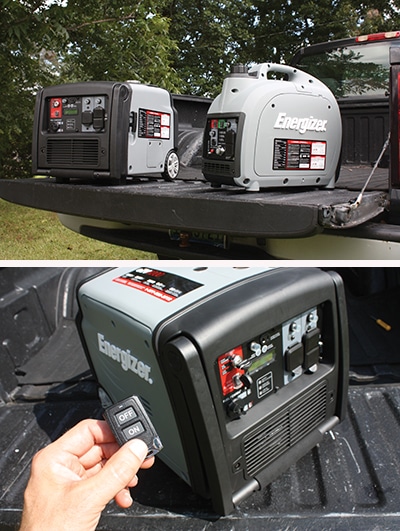 The EHT staff tested two new impressive Energizer units. The eZV2000 is a new inverter generator designed to rival Honda’s 2000i with lightweight pickup portability (44 lbs.) and low noise emission (50-59 decibels). At an electrical load of 1600 watts (100-percent capacity) the run time is 4.2 hours. EcoMode extends the run time at 25-percent capacity to 11.5 hours. In EcoMode the eZV2000P’s inverter tightly controls the engine at all times, producing only the power you need for what is connected. Plus, a newly designed single-outlet parallel port makes connecting two eZV-series generators easier than ever.

The Energizer eZV3200P inverter generator produces a continuous 2,800 watts of clean electricity at 3600rpm to quietly power common and sensitive electronics during camping trips, tailgating, hunting, traveling, and jobs around the house or workplace. The integrated twist lock outputs 23.3A at 120V, perfect for powering RVs, trailers, and your home in an emergency. The eZB3200P also includes some snazzy features that made it unique among our test group—namely an electric start plus a remote control to eliminate the need for pull-starting. The unit has a digital multi-function display, automatic throttle, automatic choke, integrated folding handle and wheel kit, threadless metal fuel cap, and covered outlets. Visit energizergenerators.com. 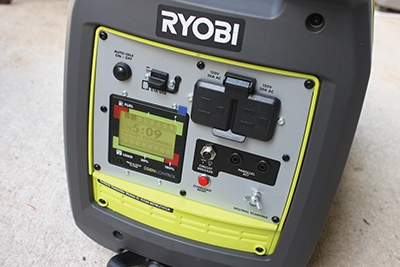 The new 2300W Bluetooth inverter generator features the largest digital readout screen among our test models, which makes it easy to monitor run time, load, fuel levels and more. What’s more, thanks to its Bluetooth connectivity and Ryobi’s custom GenControl smart phone app, you can monitor this same information on your mobile, and even use a remote shutoff switch. This 2,300-starting-watt unit provides clean power that is safe for sensitive electronics and strong enough for the jobsite. The compact, lightweight design is easy to transport so you have power where you need it, when you need it. Visit ryobitools.com.