Alternative Heating for the Home 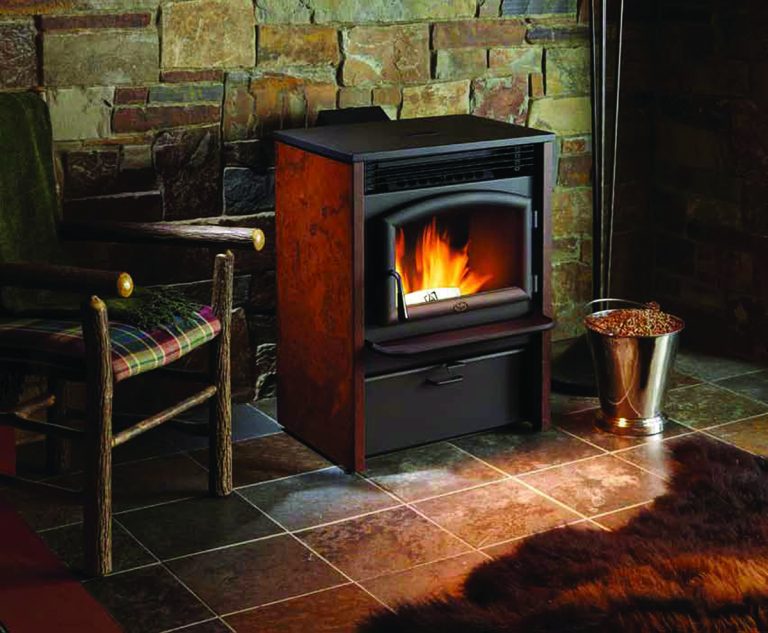 A Glance at Popular Options

Most homeowners use forced-air systems to heat their homes, and these systems rely on oil or natural gas, which have a tendency to rise in price. Heating the home with alternative methods can conserve energy and money, while benefitting the environment by reducing fossil fuel emissions. From stoves that burn alternative fuels to geothermal technology and solar power, homeowners have many options to warm the household.

If you aren’t afraid of the extra labor of cutting wood, stacking logs and loading the stove, wood makes an excellent fuel—just ask a California firefighter. Wood is an easily renewable resource that evokes a classic, rustic atmosphere when burned as fuel in a stove or fireplace. Plus, the latest fireplaces and stoves have evolved beyond the messy, inefficient clunkers of yesteryear. The latest models burn more cleanly and  efficiently without the dangerous creosote buildup. Most of what goes up the chimney is just carbon dioxide and water vapor. There is very little smoke or odor. The new units are more attractive, with styles to fit just about every décor, including accents, stone inlays, tiled borders and more. Plus, they’re easier to operate.

Stoves that burn dried wheat, corn, or pellets made from dehydrated wood chips have spiked in popularity. New multi-fuel stoves allow you to burn all three environmentally friendly fuels in the same stove. Some multi-fuel stoves feature thermostat controls that regulate the feed rate of the fuel to maintain a set temperature. When used to heat your home, multi-fuel stoves can cut your energy bill as much as 70 percent. These alternative fuels are good for the environment because they are made of endlessly renewable materials that  do not rely on fossil fuels.

Although corn, wheat and pellets also require much less storage space than wood, it should  be noted that the stove owner  will need a dry place to store the fuel. Also, stove heaters are zone heaters, and when used as the primary source of heat, they work best in smaller homes.

To provide more uniform house heat, some wood-burning furnaces also burn other types of fuel (such as natural gas) when you can’t tend to the fire. These furnaces can distribute heat through a duct system, such as those used with forced-air furnaces.

Heat pumps generate heat through use of both electricity and a refrigerant. Unlike a furnace, they can also provide cooling, which eliminates the need to install two separate systems for both heating and cooling.

In terms of efficiency, many heat pumps now having efficiency ratings reaching 300 percent. Unfortunately, they don’t perform very well in cold climates, especially below freezing and as a result, a backup heating system is often required. For those that live in milder to warm climates it should provide adequate cooling and heating year-round.

Heat pumps may also be a good choice for those without access to a natural gas source. Although electricity can be more expensive than gas, the efficiency of heat pumps often helps to offset this.

Air-source heat pumps are the most common type, and they draw heat out of the atmosphere (even on cold days), concentrate the heat with use of refrigerant, and then distribute it through the house via a duct system or pipes.

One common type of air-source heat pump known as a “mini-split” contains a central outdoor unit and one or more indoor units that provide hot or cold air. These units are relatively easy and inexpensive to install, requiring no ductwork.

Ground-source heat pumps, also called geothermal systems, concentrate heat from the earth via pipes buried 6 to 8 feet beneath the surface or in vertically drilled wells. This geothermal energy originates from natural phenomena such as radioactive decay of minerals and from solar energy absorbed at the earth’s surface. Because the earth’s temperature stays right around 50 degrees, no matter what the weather is, geothermal systems can easily and efficiently extract and disburse heat through the 50-degree liquid circulating in its ground  loop. This provides a much more stable source of heat than conventional heat pumps, which rely on the outside air as a heat source. Ground-source systems can also be equipped with water heaters, so a large portion of the home’s hot water can be provided by the same system.

Geothermal is the most energy efficient and cost-effective form of heating or cooling, but the drawback comes with the high cost of installation. Expect to spend up to twice what you’d pay to install air-exchange, gas or electrical setups. According to HomeAdviser.com, national average cost to install

a geothermal heating or cooling system is $7,620, with most homeowners spending between $3,473 and $12,864. Including equipment and variable excavation costs, total prices can exceed $20,000.

Solar heating is one alternative that is constantly evolving in technology. A typical household “solar thermal” system consists of a solar panel with a heat-transfer fluid flowing through it to transport the collected heat to somewhere useful, such as a hot water tank or household radiators. The solar panel is located in an area prone to ample light exposure throughout the day—usually on the roof, and a pump circulates the heat-transfer liquid throughout the system.

Also available are “solar hot  air” systems that are simpler in design and basically heat air drawn through panel and then recirculate back into the room. The systems are typically used  as a supplemental heat source.

Solar thermal systems can be quite expensive to install, and they also require unobstructed exposure to the sun, meaning they’re installed on roofs and walls where many homeowners don’t like the obtrusive appearance of the panels. Although solar systems are expensive, they do qualify for 30-percent Federal tax credit in  the U.S.

Don’t overlook space heating as a simple but effective tactic  to reduce energy bills. The  average annual cost to heat an average 1,500 square-foot house at 70 degrees is roughly $1,800. With such high costs, it makes good sense to heat  only the rooms in which you  spend the most time, rather  than heat the whole house. Although it does rely on traditional electrical power, targeted heating with space heaters can  be a clean, easy and unobtrusive method of reducing overall energy usage. 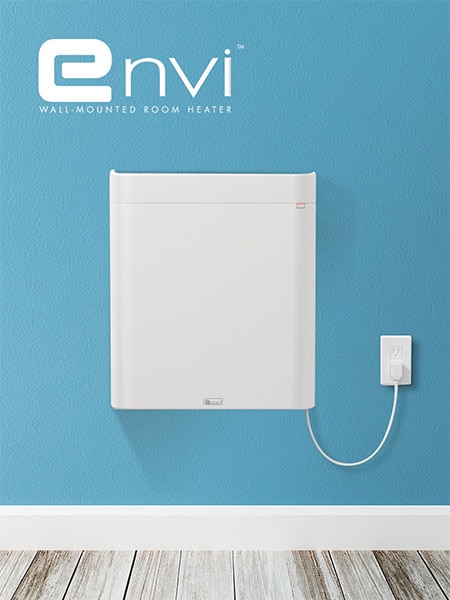 Save money on heating bills by switching to one of the best performing heaters in America, obsessively designed for efficiency, safety, simplicity, durability and comfort.

Super Efficient—The Envi Heater was born out of a passion to squeeze every last drop of heating power from a low-wattage design, without sacrificing effectiveness. The result is a patented process called “Stack Convection Technology” which boosts airflow without the need of a fan. It works by drawing cold air into the heater and then rapidly heating and circulating warmth around a room. The result is a super efficient heater, which costs as little as 4cents/hour to operate. Customers who turn down their central heating and heat individual rooms with the Envi have reported savings of up to 50 percent or more on their heating bills.

Ultra Safe—The Envi Heater is cool to the touch, has a thermal cut-off switch, an additional wall-sensor that cuts power if the heater is knocked off the wall, and to top it off, it’s built with fire-retardant materials. This allows for 24/7 heating peace of mind around children, pets and the elderly.

Comfortable—Because of its fanless design, the Envi is totally silent and doesn’t blow dust or allergens into the air. The Envi also reduces the need to use unhealthy ductwork, plus the low-energy heating core maintains humidity and doesn’t dry out the air. This makes it perfect for people who suffer from allergies, asthma and dry eyes. It also features auto-dimming in darkened rooms to prevent the power light from disturbing your sleep.

Simple and Durable—The Envi can be simply installed in minutes by anyone, with just a screwdriver—no drilling required! This is a long-lasting product with no moving parts and built with quality materials that will not crack or separate. Built in America, you can rest assured it has been manufactured under the highest standards.