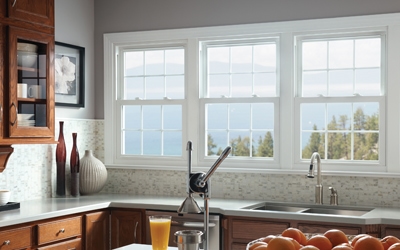 “The windows themselves are probably 35 years old and have lost their functionality,” says Roth. “The worst part is that the aluminum had oxidized over the years. The condensation that the aluminum material transfers into the interior of the house during the extremely cold Michigan winters had deteriorated the units themselves.”

According to Roth, the single-paned windows were no longer serving as a barrier for exterior temperatures, so the homeowners were spending a fortune on heating bills. To solve the problem, Roth determined that energy-efficient vinyl-framed windows from Simonton Windows should be installed. The windows he specified are Energy Star-qualified for the Northern Climate Zone and feature Low-E glass with Argon gas filling.

“Quite simply, the difference is like night and day between the old aluminum windows and the new vinyl windows,” says Roth. “Once we get this project finished, the energy savings will start immediately for the homeowner. And, the owners also benefit from added curb appeal and resale value thanks to the new windows. 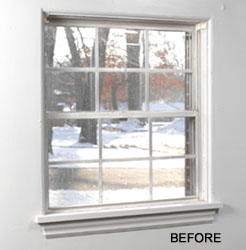 “While the removal of the older aluminum windows was challenging, it’s definitely worth it in order for the homeowners to have more energy-efficient vinyl windows installed in their home.”

Before the celebrating could start over the new windows, the old ones had to come out. Tackling the project during the cold winter months gave Roth true insight into the difficulties of pulling out the existing aluminum units that had oxidized over several decades. 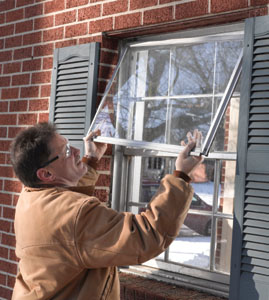 Step 1: Remove the storm windows from the exterior of the home. 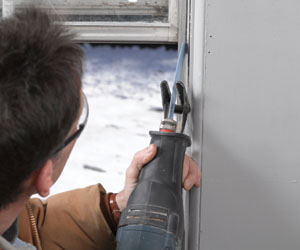 Step 2: From the interior, remove the aluminum window stop on one side of the unit with a reciprocating saw. 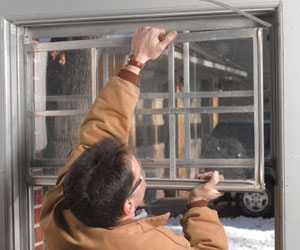 Step 3: Once the window stop has been removed, the sash frames can be removed from the unit. 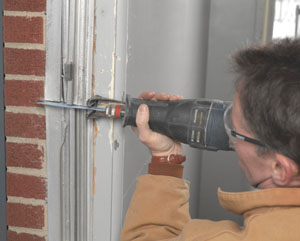 Step 4: To remove the aluminum jamb from the window opening, start by using a reciprocating saw to crosscut the jamb. Be careful not to damage the interior jamb surface. 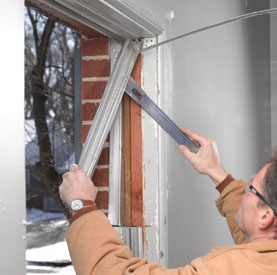 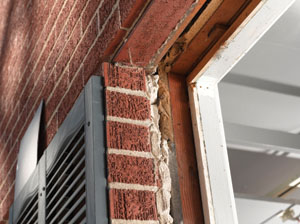 Step 5: After the jamb is cross cut, it can be collapsed and removed. The exterior will have an unfinished look. 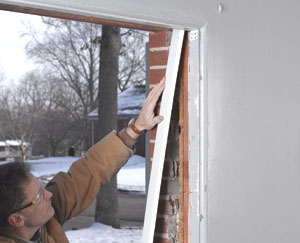 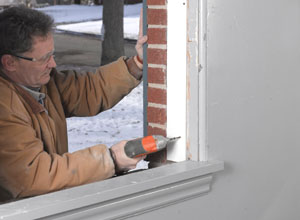 Step 6: The remaining window area should be cleaned out, then a jamb needs to be blocked out with wood until the jamb is flush with the brick veneer. 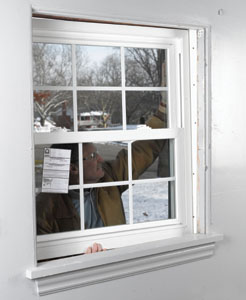 Step 7: Once insulation is added to the framed opening between the sheathing and the back of the brick veneer, the new Simonton vinyl window is placed in the opening up to the blocking materials to ensure a tight fit. 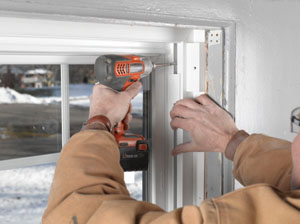 Step 8: After ensuring that the unit is plumb and level and square in the opening, use screws to secure the window to the wooden blocking in the opening. Always refer to the manufacturer’s written instructions to ensure the installation goes smoothly. 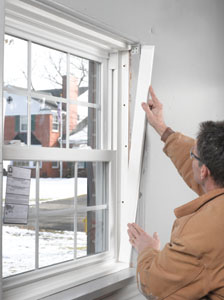 Step 9: For the interior, install moulding up to the window to trim out the inside of the home. 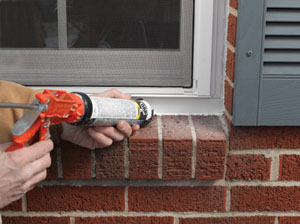 Step 10: On the exterior, caulk the window up to the brick veneer to ensure an airtight fit.

The newly-installed Simonton vinyl windows are a dramatic improvement over the corroded aluminum windows. The new units will help save heating and cooling costs and can now stand up much stronger to the cold Michigan winters. And, as an added bonus for the homeowners, they no longer need to hassle with maintenance issues or the use of storm windows during the winter months.