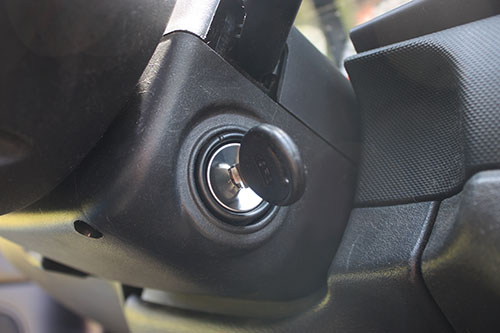 If the key won’t turn, the car won’t start.

When you start a vehicle with a key, the key inserts into an Ignition Lock Cylinder that turns to start the engine. This cylinder is an interchangeable core that can wear over time and make it difficult to start the car. If this is the case, the cylinder can easily be replaced with a new cylinder that can be coded to match your existing car keys.

That was the problem I recently had with a Dodge Stratus, which had a cylinder that would stick in place, refusing to turn and preventing use of the car. I replaced the cylinder with a new Ignition Lock Cylinder from Dorman Products that I picked up at a local auto parts store.

Here’s how to do it. 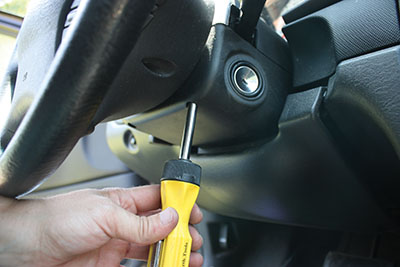 First, remove the negative cable from the terminal on the battery. Next, unscrew the screws that hold the upper and lower covers onto the steering wheel column. On some vehicles, it may be necessary to remove the steering wheel by disconnecting the wires connected to the horn and then removing the wheel’s retaining nut and washer. That was not the case on the Stratus shown. 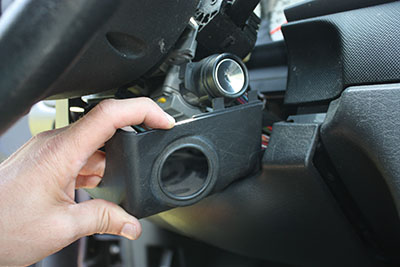 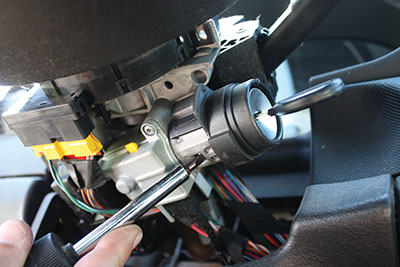 Place the key in the ignition and turn it to the accessory position. On the car shown, all it took was a screwdriver to depress a retaining tab that released the cylinder from the lock housing and allowed me to easily slide it out. 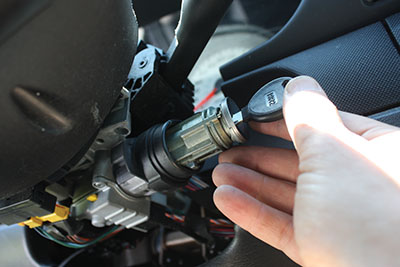 Some cylinders may also require you to insert a paper clip into a hole in the end of the cylinder to release it. The steps will vary among manufacturers, so refer to your owner’s manual for more details. 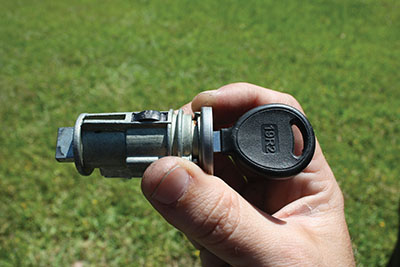 Shown here is the cylinder with casing after being removed from the steering column. 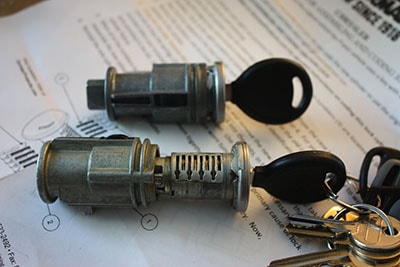 To code the new Ignition Lock Cylinder requires you to carefully insert the tiny new tumblers in sequence and orientation to match the original cylinder. This is the trickiest part of the job.

Along with the cylinder assembly instructions, Dorman included a paper template to help organize the tumbler sequence, and this definitely made the job easier. 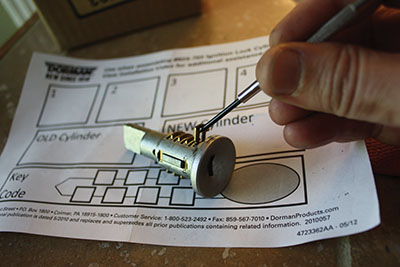 With a small screwdriver, remove the first tumbler from the old cylinder located closest to the key side of the cylinder. Place it on the corresponding spot on the paper key diagram. 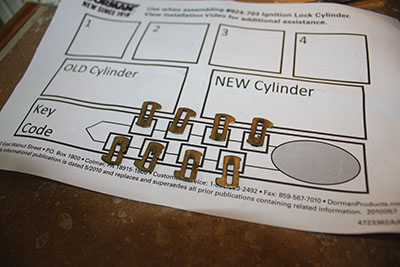 Continue to remove each of the tumblers from the old cylinder, and use the template (or make a note) to remember their position relative to the key. The tumblers are located on the top and bottom of the cylinder and are stamped with numbers to aid identification.

Set the old cylinder aside. Note the numbers on the old tumblers and record them relative to their position on the key. 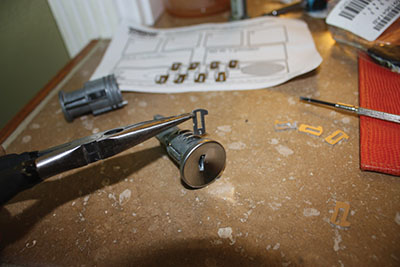 Insert the key into the new cylinder and turn it to the accessory position. Remove the cylinder from its casing and then remove the key. Use a small screwdriver to remove the first tumbler closest to the key side. Check the stamped number, and if it does not match the number of the corresponding tumbler of the old cylinder, replace it with a correctly numbered tumbler from the parts provided in the cylinder kit. (Do not re-use the old tumblers because they are likely damaged from wear and are the primary cause of lock failure.)

If any springs pop out when removing the tumblers, replace them immediately. Continue inspecting and replacing new tumblers until all are complete. Then, squeeze together all the tumblers and insert the old key. Align the retaining slot and tab, insert the new cylinder into the new casing, then turn the key to ensure smooth operation.

Install the new lock cylinder in the steering column by simply reversing the removal procedure. That completes the job, and your vehicle should be ready to roll.