Home » Newest Articles » Home Ownership the Do It Yourself Way

Home Ownership the Do It Yourself Way 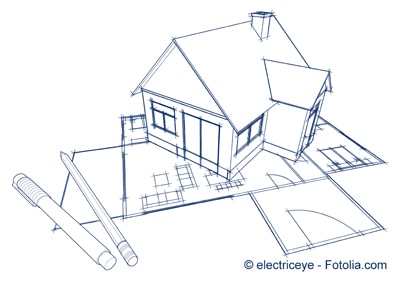 Think outside the box when pursuing your new home.

For most Americans our home is our largest investment, but thanks to the Great Recession of the past couple of years the proverbial money tap has been all but turned off. Tighter lending guidelines and the unwillingness on the part of banks to take any additional risks have made it difficult for many people with even good credit to get approved for financing. This has made home ownership seem out of reach for many people.

Prior to this country’s economic crash, credit flowed with ease, and almost anyone could get approved for a mortgage on practically any kind of property. However, with every positive reaction there is an opposite and negative reaction. Because credit was easy and anyone could get approved, a lot of people borrowed more than they could rightfully afford to borrow and bought homes bigger than what they could afford. Teaser interest rates, adjustable rate mortgages, known as ARM’s, and interest-only loans lulled many homebuyers into a dangerous place.

The prevailing trend was to purchase a home using a low introductory interest rate or with an interest-only mortgage, live in it for a few years, taking advantage of the artificial appreciation created by the housing bubble, and then sell that home, reaping the appreciation which would then be used to buy another house.

The end result is that a lot of Americans got stuck when the market crashed, leaving some of them upside-down on their homes. Another side effect from the housing crash is that new homebuyers’ are left standing on the sidelines of the conventional home-buying arena.

However, the good news is that there are still options available for the do-it-yourselfer. I once heard that a wise home buying move is to “purchase the worst house in the best neighborhood and fix it up yourself.” This is still excellent advice, however, it is premised on the ability of the would-be home buyer being able to obtain financing.

Financing can come from different sources. Historically, we all immediately look toward a bank or mortgage company for financing, but these are not the only sources available for funds.

One of my favorite sources is seller financing. This means that the seller of the property conveys title to the new purchaser who in return grants them a mortgage. In other words, the seller plays the part of the bank.

There are many advantages to seller financing for both parties. It saves the purchaser several thousand dollars worth of fees that are normally charged by their lending institution, such as a 1 percent original fee, document preparation fee, etc. Down payments are often much less than the 20 percent that most banks are now demanding. The seller will receive interest at the prevailing market rate, say, five to six percent per annum, which is a far cry better than what a Certificate of Deposit will pay.

With the glut of homes just sitting unsold on the real estate market, more and more sellers are opening up to the idea of holding the note themselves as a way to eliminate their carrying costs of the listed property and as a way to generate a positive cash flow.

The down side is that seller financing will not work if the seller must have his equity out of the property to purchase another home, or if he needs to eliminate his existing mortgage to reduce his debt-to-income ratio.

A direct cousin to seller financing is what many foreign nationals are doing here in America. They are borrowing money from their family or friends, or a combination thereof, to fund the purchase of real estate and business ventures.

I grant you that most people don’t have an uncle who has $150,000 just sitting around, but there are those fortunate few who do. However, there are many people who have friends or relatives who have very large 401k plans that they can borrow money from. Odds are that the five to six percent interest that a homeowner would offer them is far greater than their current rate of return on the investments in their 401k portfolio.

This leads to the next point. Never, ever, for any reason, finance for a term beyond 15 years. A 10 year note is even better, but tough to pay for by anybody’s standard. The monthly payment difference between a 15 year and a 30 year mortgage is much less than what most people realize, but the rewards that are gained are huge. The mortgage pays off in half of the time and it builds equity considerably faster which helps to shield the homeowner from a falling market. People who have mortgages of 15 or fewer years are much less likely to be upside-down on their home, even in a falling real estate market.

Someone once told me that a person would derive more of an economic benefit from spending two years working in the construction field immediately after high school before going to college than if they just went straight into college. The knowledge and experience gained while working with the skilled trades would cause them to reap illimitable financial rewards over the course of their life.

This brings us to the next option available for the new home buyer, which is to build the home yourself. How can a person build a house themselves? The answer is by not being in a hurry, having a willingness to work and sacrifice.

In most cases banks are now requiring a purchaser to have a down payment equal to at least twenty percent of the new home’s selling price. On a $150,000 home this works out to $30,000. In addition to this monumental sum, the bank will also hit you with another $3,500 to $6,000 in closing costs.

Now let’s take this same money and make it work for the homeowner, and not for the bank. By using, say, half of the $30,000 to purchase a developed lot in a subdivision the homeowner still has the remaining half to purchase enough materials to “black-in” a modest home. Remember, the age of conspicuous consumption died a couple of years ago. Austerity is now in vogue.

The new homeowner now owns a lot, has a shell of a house free of debt, and they have avoided $3,500 to $6,000 in bank closing costs. If the homeowner has a home to sell, they will hopefully have even more money out of the equity of their existing home.

Once a house is “blacked-in” the homeowner can finish the inside at their leisure and as their budget permits. Mortgage payments come due every month whether the borrower has the money on hand to pay them or not. Do-it-yourself construction can progress in proportion to the DIYer’s cash flow.

A way for a potential home buyer to save up the money for a down payment or for their initial construction cost is to live on one spouse’s income and save the other spouse’s income for two or three years. This is part of what I meant by the “sacrifice” I mentioned earlier. During this time, do away with all unnecessary expenditures and save, save, save. By doing the work yourself and paying for it as you go, the money you will save by not paying the bank interest will more than off-set the early years of Spartan living to make it work.

Another factor to consider is that as families grow they quickly outgrow their homes. What began as a comfortable home for a husband and wife and one child gets cramped after the third child comes along. Instead of moving into a larger house, consider doing what property owners in affluent neighborhoods often do. That is to remodel and add on an addition or two. Living in the best neighborhoods usually comes with a large price tag. Instead of moving out of a house that is half paid for and incurring the cost and hassle of relocating, many such people simply stay put and add-on.

Regardless of which way it is done, homeownership is not a thing of the past if you are willing to get your hands dirty, temporarily live with some discomfort and sacrifice some time. Remember, the “longest journey is begun by taking the first step.”