Home » Newest Articles » Living In a Renovation with Children

Living In a Renovation with Children 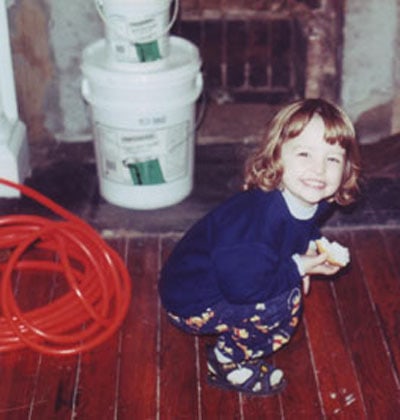 Organization and time management save the day.

Major home renovations and extensive remodeling projects can be quite challenging even for the experienced do-it-yourselfer. However, living in the middle of such a major undertaking presents another set of hurdles to overcome, especially with children.

Renovations, like many other things in life, vary by degree. Some projects simply disrupt a small part of one’s home, while in other cases the entire home is the project. Obviously, the more extensive the undertaking is, the more disruptive it is to the home’s inhabitants. Certain rooms are vital to comfortable living, such as the kitchen and the bathrooms, while other rooms won’t be missed as much during the short term.

Imagine purchasing a home that had originally begun its life as a single family dwelling and was then tragically turned into apartments. Imagine taking the first step along the road to restoration, just to get delayed immediately after the interior demolition phase. My family and I did just this. I say family because even though my wife purchased the home, our two oldest children, ages 3 and 4 at the time, lived in the house “under construction” with us.

When my wife purchased our ca. 1890 Victorian, it did not have a kitchen at all. It contained one functioning bathroom and none of the bedrooms were ready to move into. In fact, the former owner used the old gentleman’s parlor as his bedroom and hung his clothes on a makeshift rack in that room. The owners prior to us had begun to restore the home, but marital issues caused them to sell it after less than a year with only the demolition having been completed.

Let me begin by saying that I am an advocate of living in a renovation project for two primary reasons. First, it safeguards your tools and materials. These things are less likely to walk off while someone is living in the home. Also, it allows for more time to work on the home. Big projects should be saved for the weekends and holidays, while smaller endeavors and touch-up work can be done during the evenings.

Life during a complete rehab is very similar to camping out. The creature comforts are few, the living conditions are often reminiscent to those during the Civil War, and everything that you own is in disarray or in storage. Living in this type of controlled chaos with children is a feat unto itself, however, it can be done and is really not as hard as one would think. 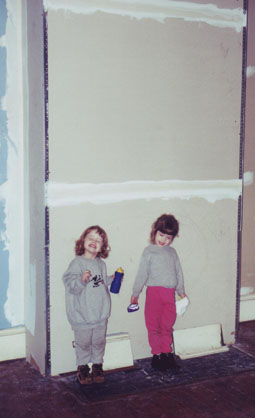 My wife and I practically raised our two oldest children in the middle of a major, complete home renovation. They played in and around the house while work was being performed on it unless something potentially dangerous was being done. For example, we always made it a point for the children not to be in the house if any old paint had to be scraped because of the likelihood that it was lead-based paint. A television watching station was set up in the corner of a “clean” room with mattresses on the floor for naps. Meals were normally take-out or microwaveable.

Over time our children began to emulate my wife and myself. She and I would constantly have to move furniture from one room to another as work was being done. Our children saw us move so much furniture that one day we found our son and daughter carrying a piece of Styrofoam, pretending that it was an item of furniture.

It is very important to stay focused and committed to a renovation project, but it is also important to budget in some fun time for the family. Fun can be found in many different forms. It can be going to a movie, throwing a football or whatever your family considers fun. But, remember, fun can also come from other more mundane sources. Let’s face it. All children, regardless of age, want to feel included. This can be accomplished in many different ways. Older children can assist in some of the work and thereby learn a valuable skill in the process. Smaller children can also be included by having them carry some of your tools, or hand you screws as you need them. This makes them feel important, like they are helping, and it is teaching them the correct names for all of those things that they are handing to you. Hopefully, they are also learning a strong work ethic by watching you do something productive instead of sitting on the sofa watching television.

So, the first rule to living in a renovation with children is to do your best to include them in as much of the work as possible, even if it is just sweeping the floor. Include them in conversations about which materials to use or wallpaper to purchase. Again, the more that they feel included the more they will be at peace with the whole idea.

In addition to eliciting the children’s help with some of the work, don’t forget to plan family time away from your project. Take your children places and let them be involved in normal kid activities. It is easy to let a major renovation consume you and your time, but there is a balance that has to be struck.

The second rule is to be flexible and to improvise. Before we had bedrooms or a room to watch television set up in our house, my children would often take their afternoon naps on a pallet made on top of a couple of empty cardboard boxes. This kept the children off the dirty floor and provided a small amount of comfort that a hardwood floor does not. 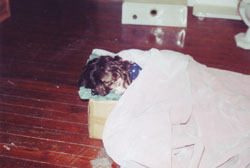 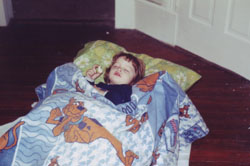 The third rule is to apply the concept of triage to your renovation. Analyze what work has to be done and then decide which is the most important. Comfort and functionality should be high on the list. Eating and bathing and having functioning in-door plumbing are of the greatest importance to any family. There-fore, begin with the rooms that will provide the most benefit to your everyday living, whether it is the kitchen, bathroom or a new closet.

Closets are often neglected, but are of paramount importance because they provide a place to store belongings. One of the biggest stressors in a whole house renovation is the chaos that is caused by not being settled. Nothing has a permanent home yet, and the homeowner is constantly looking for that needed item that they know they own but are unable to put their hands on. Much of this stress can be eliminated by rehabilitating the home’s storage areas early in the project.

After completing the home’s more functional rooms it is a good idea to work on the children’s rooms next. A finished bedroom provides many benefits. Aside from the obvious place to sleep it gives children their own space that is free from construction debris and dirt. They can spread out their toys, have a place to watch television or play video games in peace, and it provides a sense of stability for them in an otherwise unstable and chaotic house.

Renovations and children can go together like fire and gasoline, but that doesn’t have to be the case. To have a successful renovation with children in the house all depends on the parents and their attitudes. I can promise from firsthand experience that your blood, sweat and tears will go into your house as a do-it-yourselfer. The key is not to allow the project to overwhelm or consume you. It is important to stay focused on your project, but it is equally important to maintain a balance between working on your house and having some quality family time. DIY renovations can be fun, will save you a lot of money and will hopefully teach your children some very valuable skills for their future.