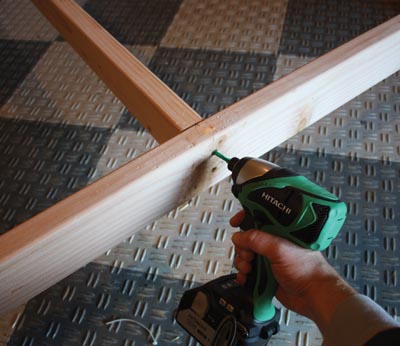 “DIY is in decline because today’s men are too soft.”

This was a recent headline by UK-based newspaper, The Telegraph. Regarding a cultural shift in his native country, journalist Martin Daubney reported that the owners of Homebase—a major retail home-improvement chain—announced plans to close a quarter of UK stores because of the reality of “a generation less skilled in DIY projects.”

According to Daubney, “Undeniably, today’s 20- and 30-somethings don’t seem to possess your traditional ‘dad skills’. The dismal fact that a mere five percent of 18-24s would attempt to unblock a sink doesn’t bode well for humanity—unless you’re a plumber.” He cites statistics that show the DIY sector in the UK has been declining at a rate of 13 percent per year since 1999.

And here’s the kicker: “DIY used to make us feel manly,” Daubney writes. “We’d chuck on a tool belt, press our power drill’s trigger—perhaps while even growling—and feel the testosterone course through our veins. The trouble is, being a man—in the old-fashioned sense—is deeply unfashionable, naff almost, these days.”

I haven’t been to the UK since 1998, so I can’t speak knowledgeably about that country, nor do I even know what “naff” means. But from my perspective down here in the Southeast United States, DIY is still running strong. Furthermore, I’ve seen an upsurge in DIY projects from female homeowners in recent years. Just check out Pinterest, HGTV or the DIY Network to see the vast scope of projects targeted to and written by women.

Gender roles aside, to me DIY isn’t so much about being a “man” as it is being a capable and independent individual. Some folks are wired to rely on other people throughout their lives, and other people are wired for self-sufficiency. There’s also a competitive spirit involved with the DIY philosophy, as in, “if that person can do it then so can I,” which speaks to many people’s sense of rugged individualism.

DIY’ers, both male and female, should always hold onto that rugged individualism, even if the concept goes out of style. It’s what sets you apart from everyone else.