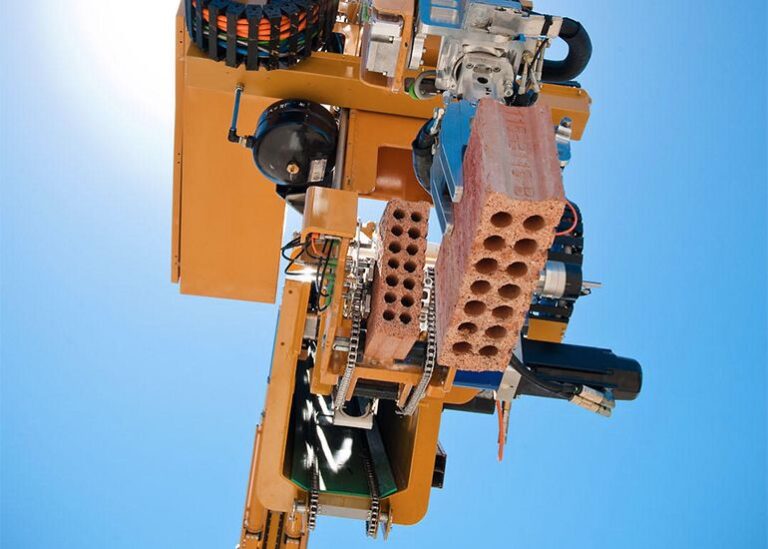 I get a sense of internal conflict when I read about the “rise of the machines.” The science-fiction geek inside me would like to see a future where benevolent robots make the world a better place, like R2D2 and C3PO. But that sunny outlook is tempered every time I read one of those ominous articles about the risks that artificial intelligence pose to the future of humanity. We’re already living in a world of unmanned drones and driverless cars, and when reputable tech experts like Stephen Hawking and Elon Musk continue to sound the warning bell, I pay attention.

With any luck, I’ll be long gone before Skynet overthrows the earth and keeps us all as pets.

One thing is for sure: Robotics will impact the world around us in ways most of us don’t yet foresee. For example, I recently stumbled across an article about the world’s first fully automated bricklaying robot, dubbed Hadrian. The system first determines the location of every brick to be laid based on a 3D CAD design, then individually cuts and lays the bricks in sequence. Hadrian’s 28-foot long boom manipulator sets the brick and slathers on the mortar, even leaving space for pipes and wiring.

The production advantage of the robot is fairly staggering. The machine reportedly can set 1,000 bricks an hour, which roughly equates to completing an entire house every two days.

House builders traditionally hire a crew to lay the bricks by hand, and have to work around weekends and holidays. The robot, however, can work much more quickly and doesn’t need to take breaks. Hadrian can feasibly work 24 hours a day, 365 days a year, and potentially build 150 houses annually.

Again, I’m conflicted. This sounds like good news for undeveloped countries but maybe doesn’t bode so well for the bricklayers of the world. I doubt the construction industry will see a major impact anytime soon, since the machines aren’t yet being mass-produced and they probably cost quite the pretty penny. But it’s something to think about if you’re grooming your child for a career in the masonry arts.

A shrewder long-term plan may be to nudge your kid to study robotics and engineering. That seems like a flourishing industry. They can learn to build and maintain the automated replacements for America’s manufacturing workforce, at least until your kids, too, can be replaced.