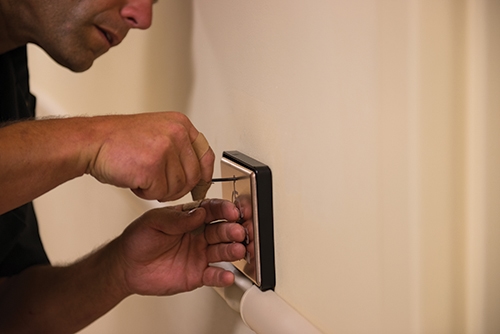 Did you know that copper can kill bacteria?

Antimicrobial copper alloys are the only solid metal “touch surface” materials registered by the U.S. Environmental Protection Agency to continuously kill more than 99.9 percent of bacteria associated with the most common hospital infections. This is why a growing number of hospitals and restaurants are increasingly using copper for frequently touched surfaces such as doorknobs, pulls and handles and faucet levers.

Antimicrobial copper surfaces are a supplement to standard infection control practices and have been shown to reduce microbial contamination.

The mechanism by which Antimicrobial Copper kills bacteria is complex by nature, but the effect is simple. Science suggests that copper surfaces affect bacteria in two sequential steps. The first step is a direct interaction between the surface and the bacterial outer membrane, causing the membrane to rupture. The second is related to the holes in the outer membrane, through which the cell loses vital nutrients and water, causing a general weakening of the cell.

How can copper punch holes in a bacterium?

Every cell’s outer membrane, including that of a single cell organism like a bacterium, is characterized by a stable electrical micro-current. This is often called “transmembrane potential”, and is, literally, a voltage difference between the inside and the outside of a cell. It is strongly suspected that when a bacterium comes in contact with a copper surface, a short circuiting of the current in the cell membrane can occur. This weakens the membrane and creates holes. 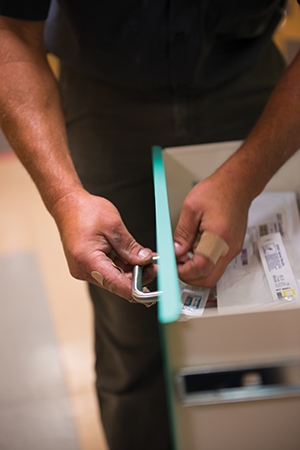 Another way to make a hole in a membrane is by localized oxidation or “rusting.” This happens when a single copper molecule, or copper ion, is released from the copper surface and hits a building block of the cell membrane (either a protein or a fatty acid). If the “hit” occurs in the presence of oxygen, we speak of “oxidative damage”, or “rust.” An analogy is rust weakening and making holes in a piece of metal.

After punching holes, how do copper ions further damage the cell?

Now that the cell’s main defense (its outer envelope) has been breached, there is an unopposed stream of copper ions entering the cell. This puts several vital processes inside the cell in danger. Copper literally overwhelms the inside of the cell and obstructs cell metabolism (i.e., the biochemical reactions needed for life). These reactions are accomplished and catalyzed by enzymes. When excess copper binds to these enzymes, their activity grinds to a halt. The bacterium can no longer “breathe”, “eat”, “digest” or “create energy.” 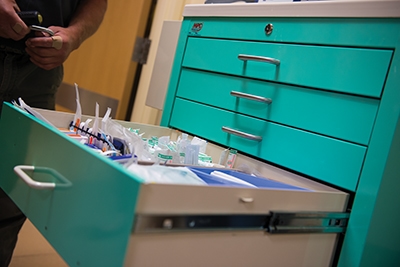 How can copper’s effect be so fast, and affect such a wide range of microorganisms?

Experts explain the speed with which bacteria perish on copper surfaces by the multi-targeted nature of copper’s effects. After membrane perforation, copper can inhibit any given enzyme that stands in its way, and stop the cell from transporting or digesting nutrients, from repairing its damaged membrane, from breathing or multiplying.

It is also thought that this is why such a wide range of micro-organisms are susceptible to contact action by copper.

How is antimicrobial copper being used?

In August of 2014, Chick-Fil-A of Morganton, North Carolina, installed antimicrobial copper push plates and door handles on its restroom doors. The owner, Dallas Stoudamire, cited interest in creating the cleanest environment possible for his customers and employees as his main driver for the installation.

In November, a level IV trauma center in Washington State installed copper components throughout its facility to create a cleaner environment for patients and reduce the bacteria that cause hospital infections. Pullman Regional Hospital installed the following copper hardware throughout the 95,000-square foot facility: faucet levers on 40 sinks in the public restrooms found in patient rooms and hallway basins, handles for the IV poles used in the Birthplace, ICU and Medical Surgery Unit, and handicapped-access buttons for double-doors. 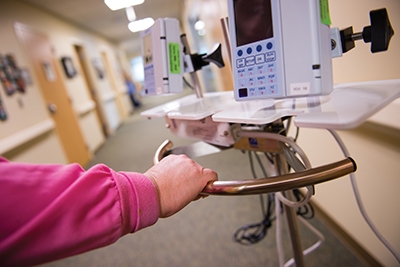 Did you know brass and bronze are actually Antimicrobial Copper alloys? 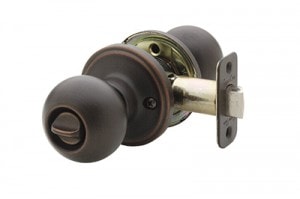 Copper can be combined with other metals to create alloys such as brass and bronze, which have different aesthetic and engineering properties. More than 400 copper alloys are registered by the EPA.

A wide array of color, form and finish options are available.

With its antimicrobial properties and its wide range of alloys and applications, you now have a compelling new reason to consider copper for the hardware in your home and business.