A Deck for a Soldier

North American Deck and Railing Association announced the official plans and build schedule for their Deck For a Soldier project. The Western Washington Chapter will broke ground on the 25th of March. Construction will be completed in time for a ribbon cutting ceremony, to be held on Memorial Day, May 30th, 2011.

NADRA launched its Deck For a Soldier program in 2007; this is a community effort that expresses the association’s appreciation for the service and dedication of the men and women of our armed forces. The project will be completed with strictly donated materials, time and labor.

SSG Marshall Diaz has been honorably serving his country for 13 years and is currently in Active Duty. During his last deployment to Afghanistan, he was wounded and medically evacuated back to the U.S. From May of 2008 until April of 2010, SSG Diaz was in the Warrior Transition Battalion located at Joint Base Lewis-McChord SSG Marshall is honored by a Bronze Star and a Purple Heart; as well as many other prestigious awards during his career. SSG Diaz also takes time to serve his local community by volunteering with the local Boy Scout Troops and still sets time to volunteer at a local Veteran’s home.

On his application SSG Diaz noted “When I was given the option to get out of the Army, I chose the only option for me, and that is to continue to serve my country. Although my rehabilitation is an ongoing process, I hold my head up with pride for there is no other country in this world that I would rather live in, then the United States of America.”

More information about this and other projects can be found at www.NADRA.org 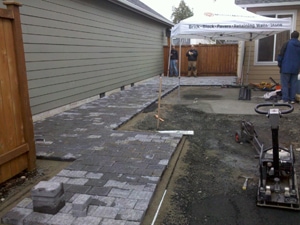 About the North American Deck and Railing Association

NADRAis the voice of the deck and railing industry, providing a unified source for its’ professional development, promotion, growth, and sustenance. NADRAs’ Deck for a Soldier® program is a charitable outreach dedicated to providing decks, free of charge, to our returning men and women of the armed forces in appreciation for their service to our country.

Not all treated lumber is created equally. When it comes to durability, reliability and versatility, few lumber products compare to ProWood®. Our environmentally friendly treated lumber is both easy to work with and tough enough to stand up to the worst conditions. ProWood offers an assortment of treated lumber to suit your building needs. Regardless of the product, you can […]

The new Greenworks Pro 300-Watt Battery Operated Power Inverter  gives you the ability to take power where you need it to run your laptops, tv, lights, and charge your phone. This inverter uses the same 60V battery as the Greenworks Pro line of Outdoor Power Equipment. If you already have these tools and the battery(or if you don’t), the inverter […]