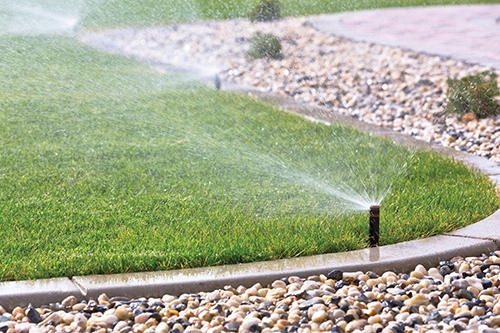 It’s not important to know that my brother Chad backed a trailer over our broken sprinkler. The important thing is that we get it fixed. Of course my brother, Chad, the one who broke this sprinkler, was nowhere to be found when it came time to repair this thing, but I’m not dwelling on it because

I just need to get it done—even without my brother’s help.

The fact that the geyser coming from the yard was depositing dirt and rocks on the sidewalk indicated that the break was down deep rather than higher on the pop-up sprinkler. Sure enough, when I pulled on the sprinkler head, it came right out of the ground. I was disappointed to see that this was not simply a broken riser. In that case an extraction tool could have gripped the remaining riser pipe to back it out. Finishing the fix would only require threading in a new one.

Time to get out the shovel and get down to the heart of the matter. A word of caution here: Be careful with the shovel because you can cause a problem worse than the one you are trying to fix.

The goal when getting through the grass is to fold back the sod so you can replace it in one piece when the sprinkler repair is done. You have to get deep enough to avoid damaging the roots of the grass but not so deep that you get into the pipe that feeds the sprinkler.

Unless you installed the sprinklers to begin with, you probably will not know the type of pipes that are under the lawn. Even if you have a good guess, you’ll still need to dig down to the pipes so you can see what parts you’ll need.

In our case, the pop-up sprinkler was fed with flexible pipe. This was not the super flexible pipe like Rainbird Swing Pipe or Toro Funny Pipe. However, the previous homeowner used the same type of fitting that these pipes use. The barbed fitting simply pushes into the end of the pipe, going one direction but not the other.

Here’s how I got this repair done without my brother’s help. 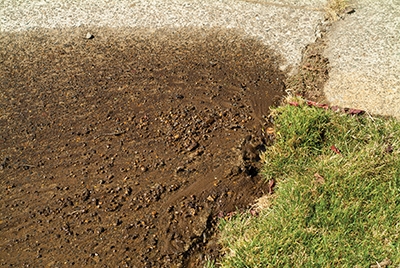 When I looked out and saw a geyser at the corner of the lawn, I shut the sprinkler zone off and saw that the water had deposited a fair amount of dirt and rocks on the sidewalk. This meant the problem was deep enough below the sod to blast out some substance. 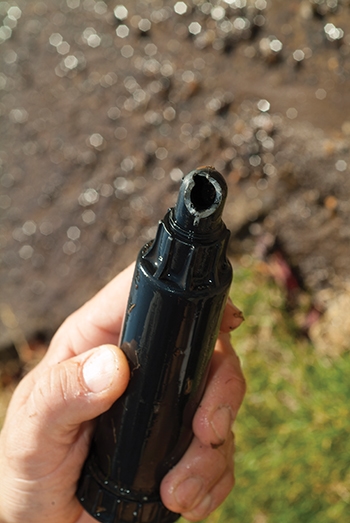 By pulling up the pop-up sprinkler head, we could see that the elbow fitting that connected the sprinkler head to the flexible pipe was broken at the turn in the elbow. 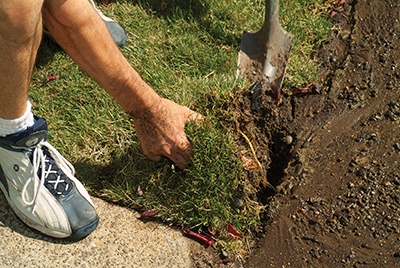 The initial goal in digging up the pipe is to fold back the sod without damaging the roots of the grass. 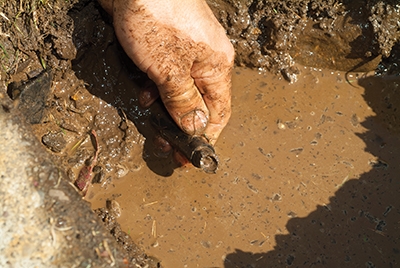 After removing the sod and carefully digging down to the pipe, I found that the other half of the broken elbow was still in the flexible pipe. 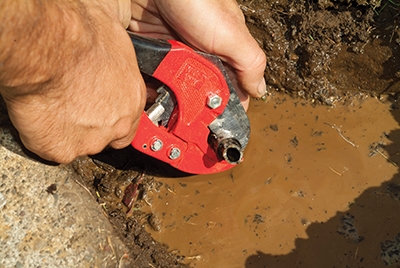 I used pipe cutters to cut the pipe just beyond where the broken fitting extended into the pipe. 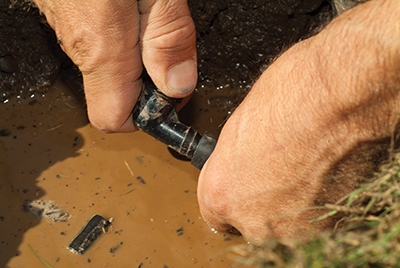 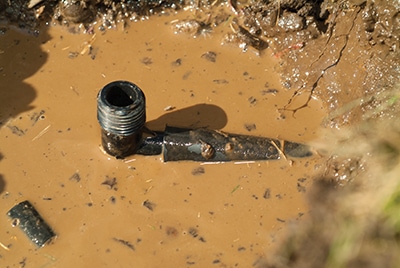 I inserted the barbed fitting into the pipe until you could no longer see the ribs or barbs. 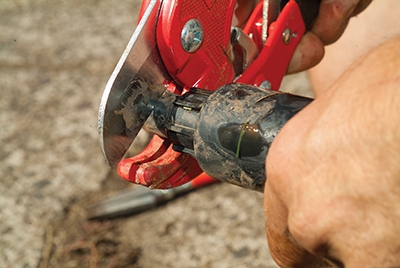 I used the pipe cutters to grip the broken connector to unscrew it from the sprinkler head. 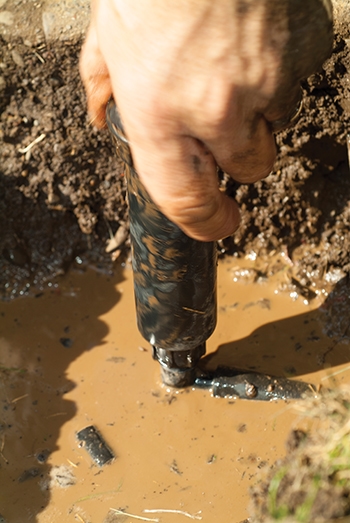 The sprinkler body threads onto the elbow fitting. 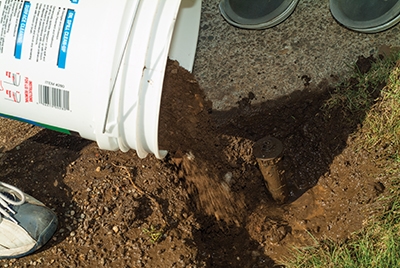 The hole needed some extra dirt before replacing the sod. 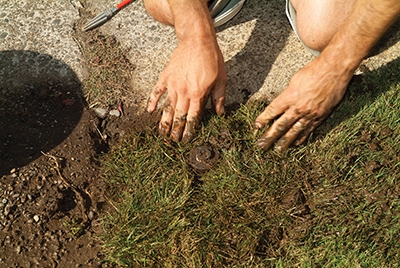 I put the sod back in place around the sprinkler head. 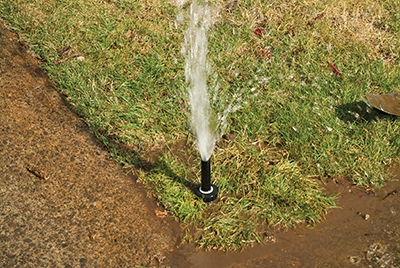 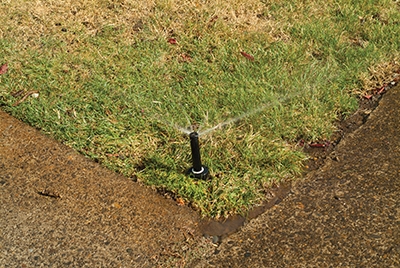 After replacing the nozzle, I adjusted the sprinkler and tested it for the running time of the zone.

﻿ Tired of repairing holes in drywall and having to wait hours, or even days, to complete the job? It’s such a hassle, oftentimes homeowners simply rearrange home décor items to hide drywall damage due to the time and mess required to complete the project. Whether the damage is small from a picture frame nail or anchor or as large […] 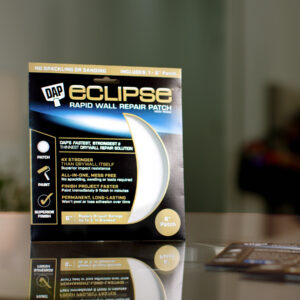